The Power of YES 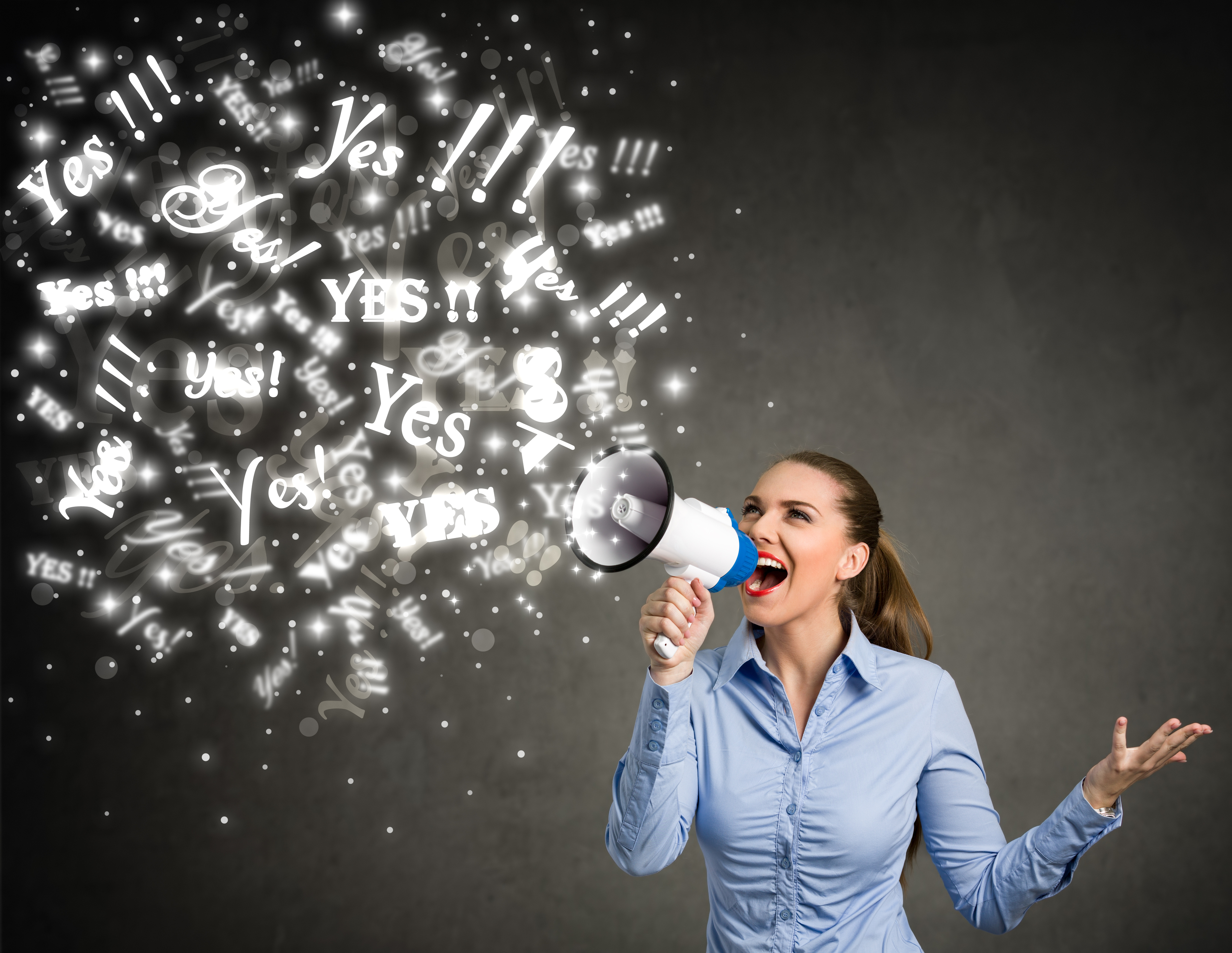 As a recovering people-pleaser the word I used to have to work on was ?no?, as in, ?No, I really can?t make all of the costumes for the Girl Scout pageant on my own.? Or, ?Much as I?d love to support yet another fundraising effort I really don?t need any more wrapping paper (or popcorn, cookies, chocolate, magazine subscriptions?).?
As a young mom it wasn?t easy to learn how to say no, but I did it out of necessity as I learned how to juggle children and all of their activities, running the household, working from home, and ? very occasionally ? reading the odd book, watching a movie or seeing my girlfriends as an effort to recharge my batteries and retain some sense of self.
After I got over the fear of rejection saying no became easier. It began to feel empowering. I was in charge of my time and how I chose to spend it, at least as much as I could be, given the constant demands of kids who needed an endless stream of rides, help with homework, parties planned and laundry done.
But I started to notice that, as the kids got older and became more and more independent, my tendency for saying no really didn?t ease up. I consider myself a friendly person, and frequently network and attend other events and meetings that I think will grow my business. I also maintain some semblance of a social life, seeing my friends regularly for coffee, lunch or cocktails. I love to travel and on occasion I even find an opportunity to go out to the theater or (gasp!) even dinner.
But I?m also an introvert at heart and I strongly value my private ?alone? time. I?m one of those people who thinks that being locked in solitary confinement ? at least for a while ? sounds like a pretty good vacation option. As long as I have some books and writing supplies, I really wouldn?t mind having some uninterrupted time to work on some of my projects and to read some of the books that have been piling up on my bedside table.
As ?no? became more and more of a default for me, however, I eventually started to notice that it had begun to feel less like an empowering act and more like a cop-out.
My ?ah-ha? moment came when I read Shonda Rhimes? Year of Yes. I saw myself so clearly in what Rhimes described in the book: her life as an introvert who would much rather stay at home and invent stories than go out in the world and talk to actual people (in case you don?t know, Rhimes is a highly accomplished television writer whose credits include Grey?s Anatomy and Scandal, among many other well-known shows and films).
In the book Rhimes writes about her decision to spend a year saying yes to any opportunity that showed up, especially those opportunities that she found a little scary. Once she committed to showing up and saying ?yes? her calendar quickly booked up with speaking engagements, TV appearances and a seat at multiple awards ceremonies.
Although I?m surely invited to fewer glamorous events than Shonda Rhimes, opportunities do come up from time to time and I?m working on saying yes to them, especially when they push me a little bit out of my comfort zone. Recently I was invited to an event to honor a martial arts master in our area who had been running his dojo for 50 years. Although I had heard of this man we had never been directly introduced, and my first instinct was to decline the invitation. However, remembering my commitment to yes, I fought against this instinct and found myself RSVP?ing that I would love to attend.
When the day came I decided to attend with an open mind, and with no real agenda. Cocktail hour was enjoyable and an opportunity to catch up with a few folks I hadn?t seen much in recent months. Then, when it was time to move into the sit down dinner part of the evening, we all learned that the table we had been assigned didn?t actually exist, due to a mix-up. In the ensuing confusion we invited another table-less person to sit with us, and I ended up sitting next to him. It turns out that this guy had flown in from California for the event and that he is in the same field as I am: video production. Our conversation that evening led to follow up calls and now we are in discussions about collaborating on a documentary project.
I like this story because it clearly shows the power of the Universe and its magic, once we?re able to do just two things: first, we need to show up by saying yes to opportunities and second, we need to get out of our own way, staying open to possibilities of what might unfold in any given moment.
If you?re like me and have been quick to say no in the past I implore you to take a chance and say yes the next time you see the opportunity. Do it with openness and joy and no real agenda, then just watch with curiosity and observe how things play out. If you?re so inclined, drop me a line or comment below. I?d love to hear about your experiences!

One Reply to “The Power of YES”