Failure, I Love You 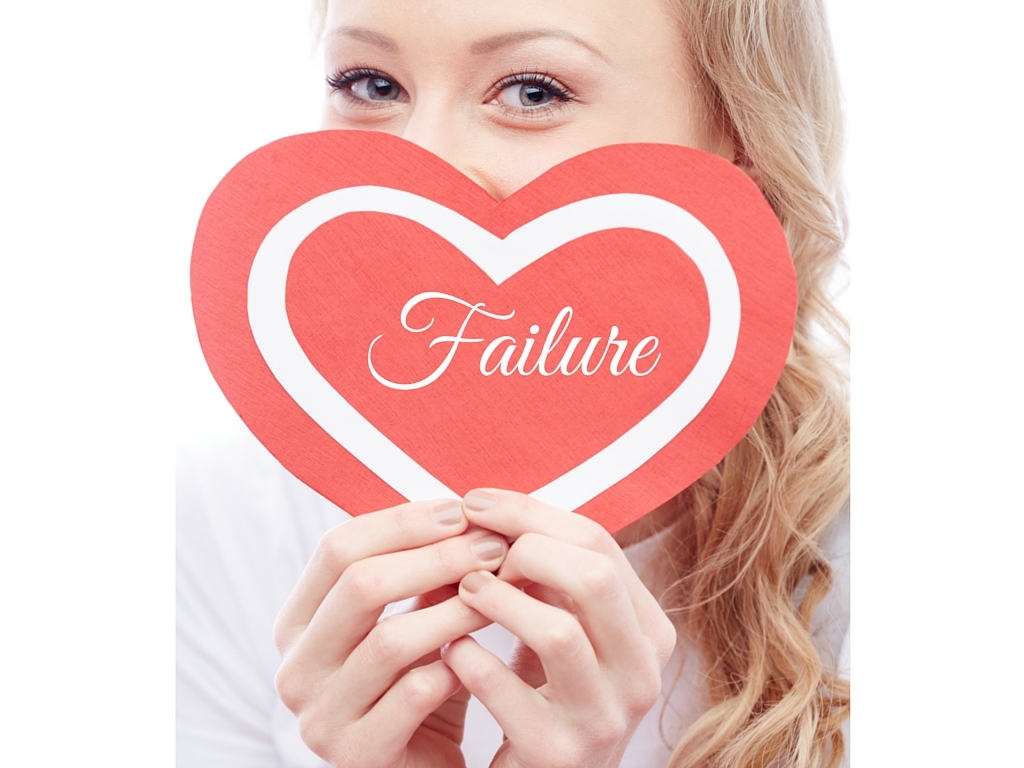 For as long as I can remember I?ve been interested in stories about failure. This is not because I?m a negative person or some kind of twisted voyeur who enjoys watching others struggle. The part I do love is hearing how people have come up against major obstacles in their lives, and how they?ve overcome the hard stuff.
I listen to those stories as if the words are made of gold, clinging to every syllable as if somewhere within those words is the wisdom I?m seeking for my own life:
?How did you do it??
?What is the real secret to your success??
?Can you teach me the steps??
?
I?ve asked questions about failure so many times and have thought so much about the answers that I?ve come to realize something. Failure is not a problem. It?s not something to be ashamed of, or to be guilty about. It?s not something we should hide from our family and friends.
In fact, it?s not even real.
All it is ? the only thing ? is feedback. It?s pushback from the Universe, from the business world, the stock market ? whatever you happen to believe in. It?s feedback that is telling you to make an adjustment and change something. That?s it, end of story. You tried it. It didn?t work out. Figure out what you can learn from the experience, adjust and move on.
Here in the United States we are especially weird about failure. We?re a nation that values wealth and perceived success over mostly anything else (as the current political events prove). We hate weakness, vulnerability and what we perceive as failure. But I think that is a mistake. Not only does it make us extremely superficial, it also robs us of an opportunity to reflect and learn valuable lessons.
If failure is really just feedback, we need to be able to look at whatever happened without self-judgment and without any attachment to whatever it was we were trying to achieve. If you take away guilt and shame and allow yourself to pause and step back from the situation with curiosity, ?Hmm, how interesting?, then you start to see the so-called failure for what it really is: a steppingstone on the path to greater success. And if it?s an inevitable marker on that road to success then we should not avoid failure ? we should welcome it.
Sara Blakely, the founder of Spanx, and one of the richest self-made businesswomen in the world, famously tells how her father always encouraged his children to try to fail at something every single day. If they showed up at the dinner table without a story of how they failed at something, he?d be disappointed.
Was Sara?s dad a child-hating masochist? No, not at all. He was simply trying to teach his kids to try things. And if that thing happened to not work out he wanted them to try again, and again. The only really failure in his eyes was being too afraid to try something new.
I recently read another quote that resonated with me on this topic. Michael Dowling, the CEO of Northwell Health, was interviewed in the New York Times and said, ?I do not like it when people talk to me about how something can?t be done. I don?t want you to tell me you can?t do something. You may not get there 100% of the time but you can get there 80%, so don?t start with the presumption that you can?t.
And that?s the thing. You may not feel fully prepared to try something new, and that is very common. But please don?t let the fear of failure stop you.
How many people feel fully prepared to start a business, or raise a child? If you?re undertaking any new venture you will probably experience a certain amount of failure ? perhaps a great deal of it, but don?t let that simple fact stop you from trying. It?s not important to get every single thing right. What is important is to keep your eye on your goal and to ask the question, ?How can I try something new today? Will it be possible to fail at something? I hope so because then I get to gain new knowledge!?
So, go forth and fail, friends. I?d love to hear about your experiences in the comments below.